>> Our Experience at InsureTech Connect 2017, Las Vegas by analyticsweek

>> House of Cards by analyticsweek

Antifragile: Things That Gain from Disorder

Antifragile is a standalone book in Nassim Nicholas Talebs landmark Incerto series, an investigation of opacity, luck, uncertainty, probability, human error, risk, and decision-making in a world we dont understand. The… more

Q:Explain what a long-tailed distribution is and provide three examples of relevant phenomena that have long tails. Why are they important in classification and regression problems?
A: * In long tailed distributions, a high frequency population is followed by a low frequency population, which gradually tails off asymptotically
* Rule of thumb: majority of occurrences (more than half, and when Pareto principles applies, 80%) are accounted for by the first 20% items in the distribution
* The least frequently occurring 80% of items are more important as a proportion of the total population
* Zipfs law, Pareto distribution, power laws

Examples:
1) Natural language
– Given some corpus of natural language – The frequency of any word is inversely proportional to its rank in the frequency table
– The most frequent word will occur twice as often as the second most frequent, three times as often as the third most frequent
– The accounts for 7% of all word occurrences (70000 over 1 million)
– ‘of accounts for 3.5%, followed by ‘and
– Only 135 vocabulary items are needed to account for half the English corpus!

2. Allocation of wealth among individuals: the larger portion of the wealth of any society is controlled by a smaller percentage of the people

Additional: Hard disk error rates, values of oil reserves in a field (a few large fields, many small ones), sizes of sand particles, sizes of meteorites

[ VIDEO OF THE WEEK] 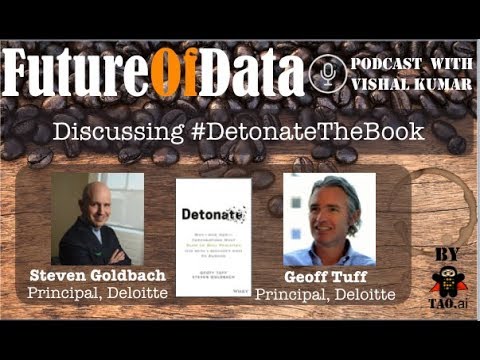 [ QUOTE OF THE WEEK]

The temptation to form premature theories upon insufficient data is the bane of our profession. – Sherlock Holmes

[ PODCAST OF THE WEEK]